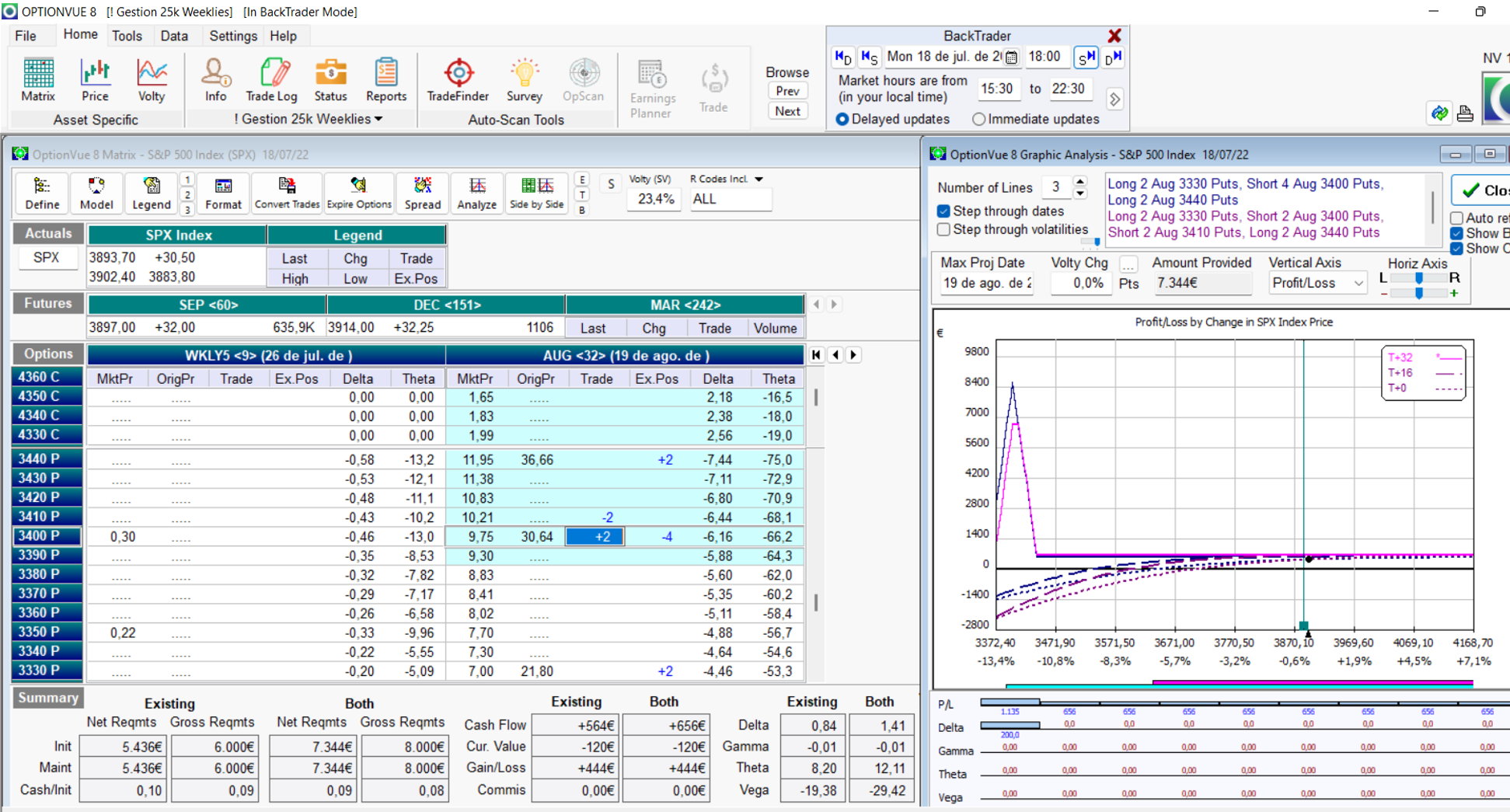 Yesterdays rally was very strong, and syncs with our alert that the these “overly powerful” rallies sneak up on VIX expiration. In the past, these VIX-induced rallies have faded (often rather sharply), and so we are on the lookout for some reversion here.

It also appears that yesterdays rally pushed us up >3900 into a resistance zone wherein call gamma bars start to appear as shown below.

Note that above ~3915 (red line) these combogamma bars (SPY + SPX) show up as positive figures which come as the result of net call gamma. Below that red line there are negative gamma bars which are driven by larger net put positions. The implication here is that if we hold 3900 volatility should shrink sharply, whereas <3900 volatility should expand. Bulls now hold and edge if the S&P holds >3900.

With VIX expiration firing off at 9AM ET today, focus can now shift to 7/27 FOMC. With that focus likely comes higher implied volatility readings. As we’ve discussed, while traders may still want to short this weeks volatility, they likely won’t want to be short any longer dated vol due to the Fed. This is best described as a steepening or twist of the volatility term structure (see our video from y’days close).

We took this SPX term structure chart pre-open (so it may have a bit of noise) but you can see the general layout. There is a big spike in ATMoptions IV due to next weeks FOMC, but for expirations before then IV is quite low. Post-FOMC there is then a general sloping higher as those expirations have to price in the event-voltied to the Fed.

As we move toward next Wednesday the higher IV becomes a headwind for equities. This headwind arrives as we are testing major overhead resistance of 4000 in the SPX and 300 in the QQQ.