ES is at 3665 with futures at the highs of the overnight session.  After yesterdays trading we are essentially left with one large positive gamma strike at 3700, then a “void” of sorts down to 3650. The most interesting open interest changes were the addition of ~40k 3400 strike calls, and ~50k 400 strike SPY. From an OI perspective that now makes 3400 the largest strike >3700.

The Gamma & Delta Tilt metrics have seen fairly sharp reversals, which indicates some deterioration of he options structure. Said another way, we see options support crumbling. This obviously doesn’t mean the market should sell off, but it does suggest its “easier” for it to sell off. Recall that its under 3650 wherein we think dealers actually add to selling. 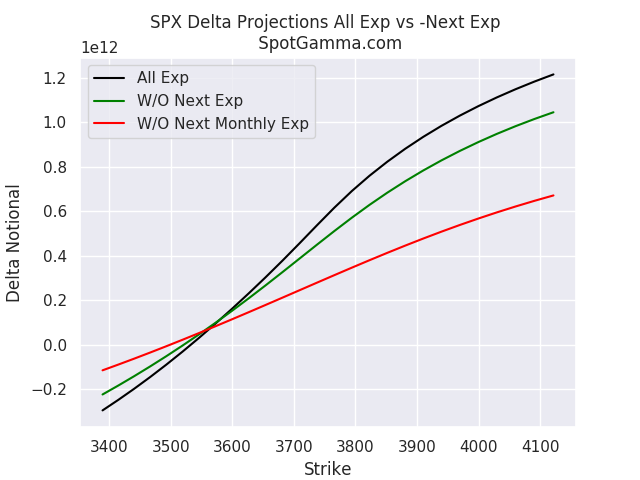