Futures are flat to Fridays close near 3940. For today we see large Combo bars at 3945 and 3965 with a fairly tight SG implied move of 35pts. QQQ gamma remains negative and so we anticipate larger Nasdaq volatility.

3900 remains the largest gamma strike on the board and is likely strong support through this week. The 4000 Call Wall is the major overhead target, with that we note the SPY Call Wall has also shifted up from 395 to 400. This gives a bit more pull to that 4k area. You can see in the chart below how large these two zones are. 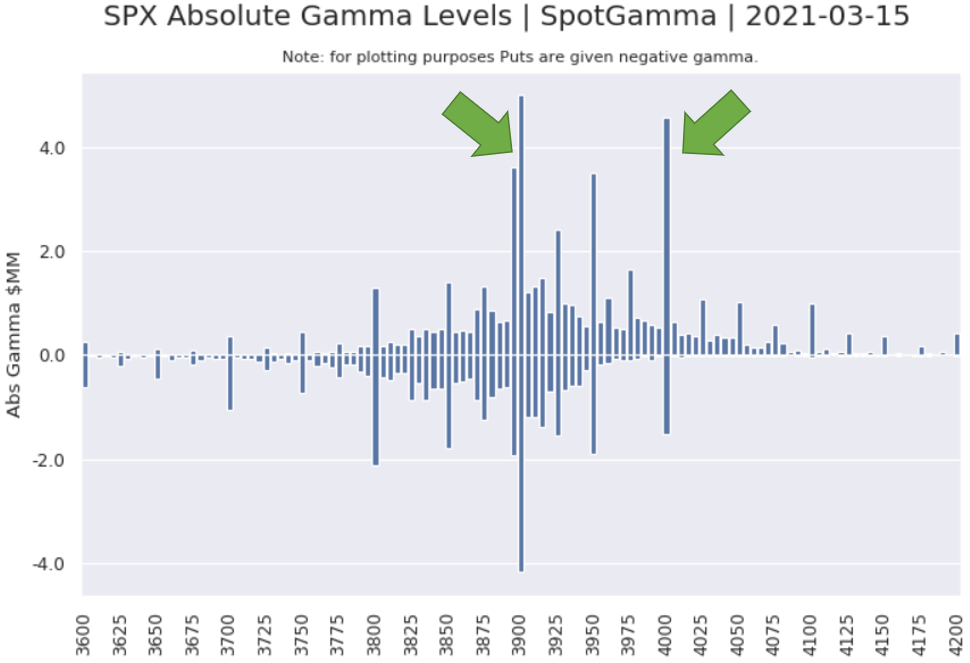 Our SPY vanna model depicts the increased resistance if markets rally. Dealers are likely to get increasingly long positive deltas and will need to keep adding short futures if the S&P does push into >395/3950.  As >395/3950 is a large positive gamma zone, dealers would also look to buy dips which is what helps suppress volatility. 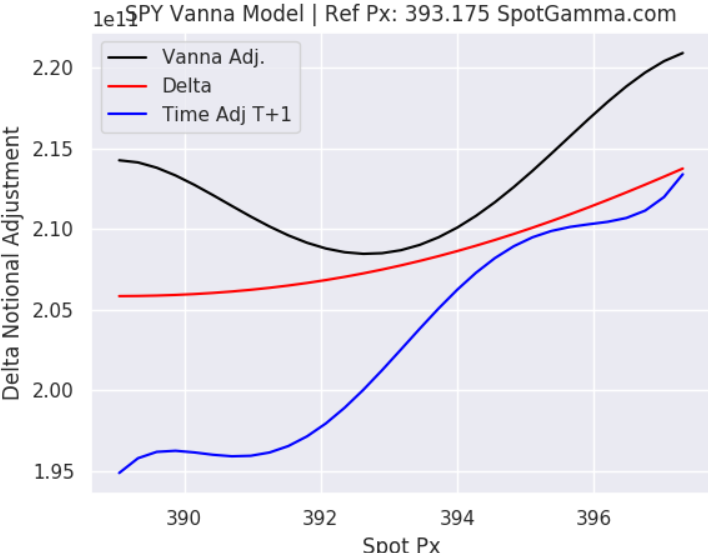 As stated several times last week, we look for volatility to decline during the week of a large quarterly/monthly OPEX. The asterisk here is the FOMC meeting this Wednesday.  Due to the Fed we expect very low volatility Monday/Tuesday and look for a pin of 3900 or 4000 after the FOMC & into Friday(assuming no major “Fed fireworks).