Futures are slightly off of Fridays close to 4010. There was not much of a change in levels from Friday with 4100 remaining the large pin/resistance area. We anticipate this very large level remaining in play up to this Fridays large OPEX.  For today, a small trading range is anticipated (65bps) with resistance at 4130 and support at 4100, then 4080.

There is a fair amount of positive gamma building at 4150, and that line could form as the Call Wall resistance point into tomorrow. This would extend the top end of our estimated range (from 4100). Until then we look for the market to hold the 4100 SPX / 410 SPY area.

Recalling that strange and somewhat conflicting delta data from Friday (see the negative delta chart from Fridays note), the open interest change updates give a bit of clarity. As shown below, calls were net closed at nearly every strike <=4125 (except a small build at 4100), and a very large 44k puts were added to 4100.

This closing of at the money calls, and addition of puts is what likely produced those negative deltas on Friday. Negative deltas being added implies that dealers are getting longer deltas, and would need to short futures. 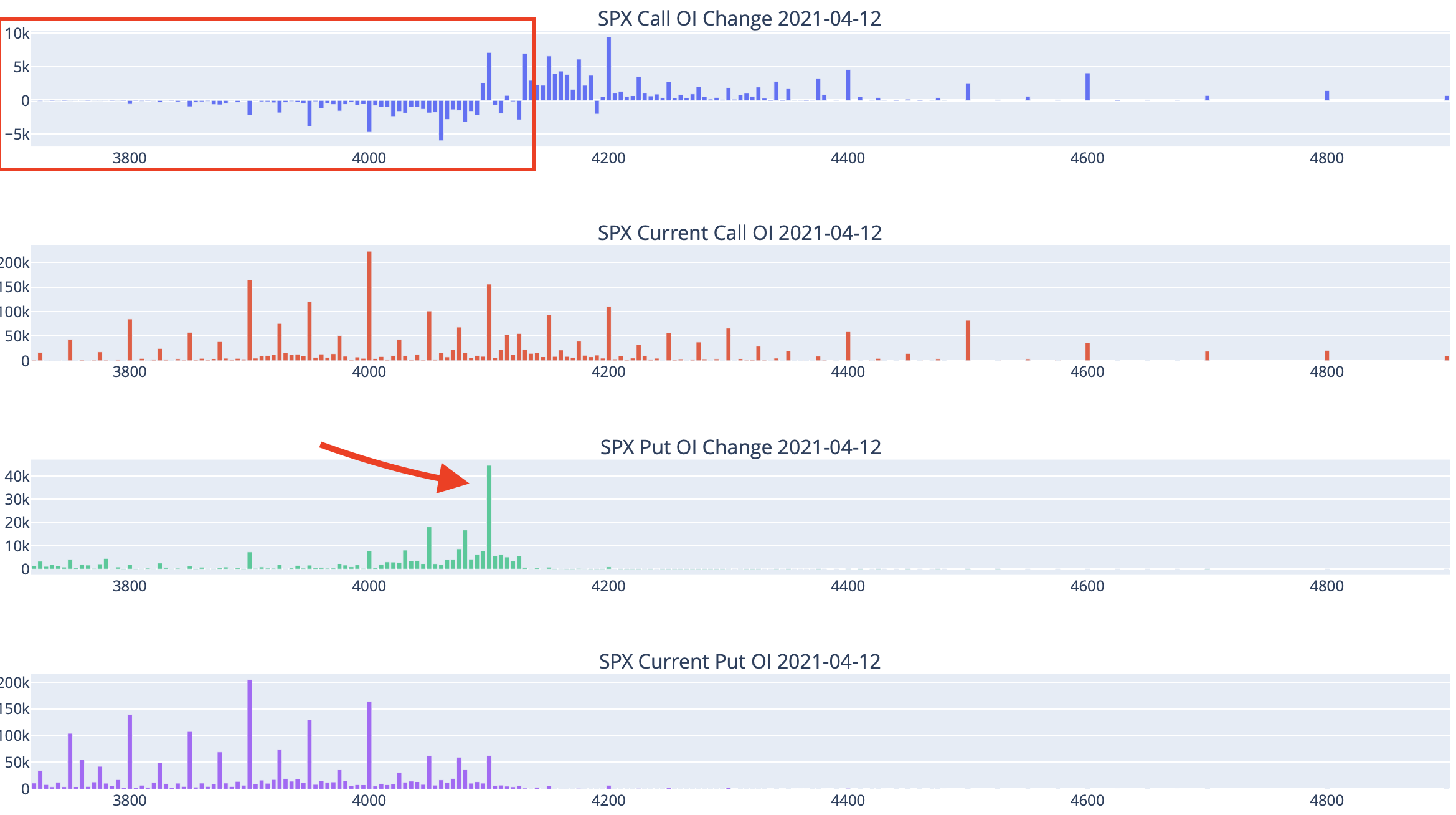 However, the OCC data we sent out last night shows that there is a very large short put position on in index options. If we consider this in with the SPX, it implies that the dealers options position is more market neutral than our model suggests (as dealers would hold these long puts that traders are selling). If dealers are buying put options, the number of futures they need to sell as a hedge is reduced. Therefore as the market goes higher dealers have less futures to sell, and it could explain why the options resistance levels didn’t have as much “grip” Friday.

As you can see in the chart below this (market being net short index puts) is a fairly rare phenomenon, and the previous times its occurred was after large market selloffs – not all time highs like we have now. It likely added to the buying pressure seen last week, but also increases risk going forward.

4100 resistance and 4000 support into April OPEX. Gamma is large and positive, which implies low volatility and a tailwind for equities.